In a recent social media post, Steve Saka of Dunbarton Tobacco & Trust explained the history behind the name of his latest creation the Mi Querida Black SakaKhan:

“It was the 80’s when Chaka Khan became known as an artist and I was getting certified to Con(n) as a JOOD Underway on my ship – the enlisted guys who worked the Bridge started calling me this… kinda funny as my middle name ‘Temujin’ is also the birth name of Ghengis Khan… so this is double dip when it comes to why this nickname stuck… my Dad obviously had some pretty lofty expectations.” 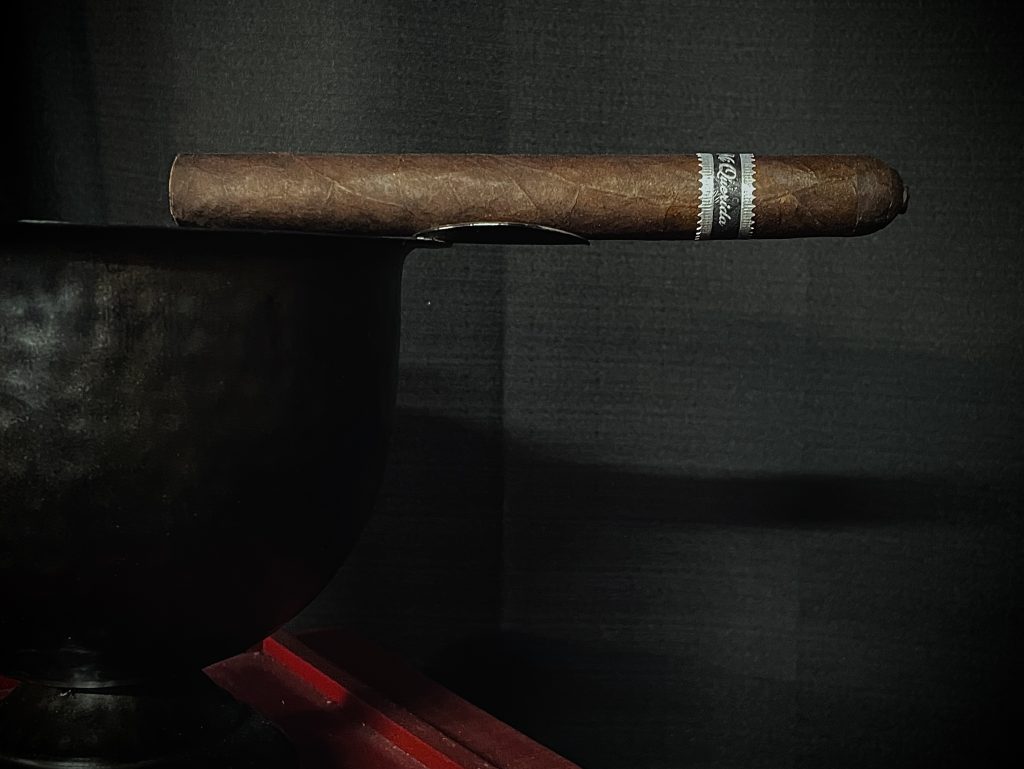 We here in The Corner Of No Hope have reviewed several different variations of the Mi Querida line over the years from the original Blue release, 2018’s Firecracker, and last year’s Mi Querida Red Triqui Traca. They’ve traditionally scored very well with us so let’s light this big bastard on fire and see what the initial Mi Querida Black offering brings to the party… 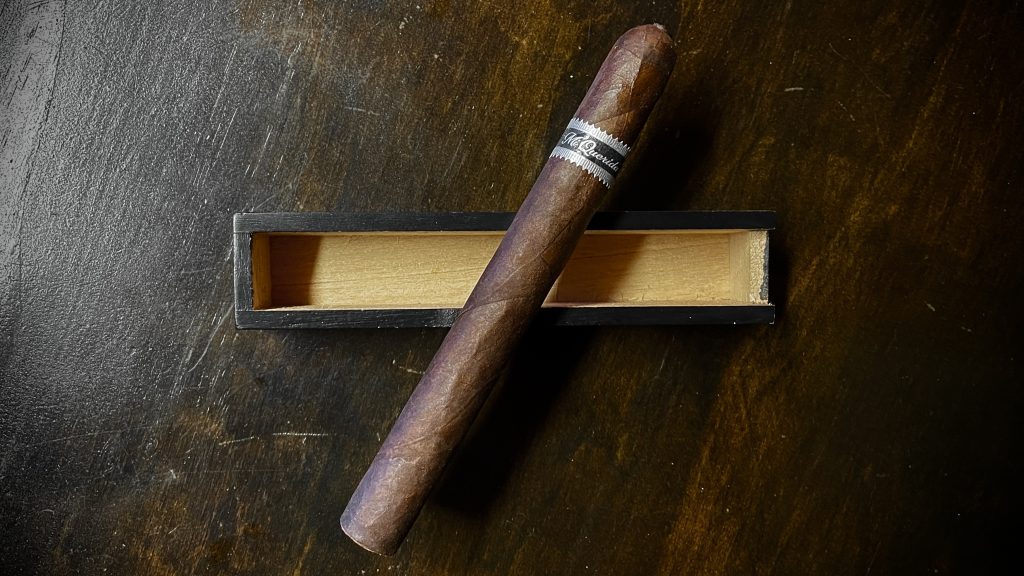 Upon sliding the massive SakaKhan out of its cello wrapper, there’s a strong well-worn leather aroma accompanied by some rodeo stuff. There is also a distinct sweetness pouring off the foot of the SakaKhan that brings back memories of chewing tobacco from my rebellious teenage years. Although difficult for a noob like me to capture in photographs, I really dig the subtle black-on-black design at play here on the band. And, from what I can tell, the Mi Querida Black’s similar paisley box art is equally impressive. 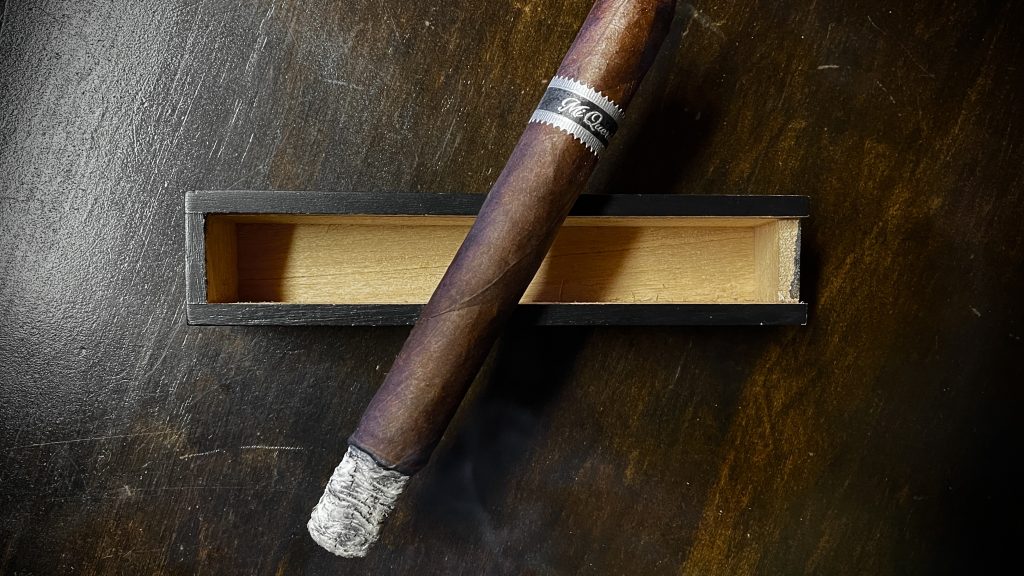 Leather, mineral, and vegetal are all equally present on the cold draw. Once the foot of the SakaKhan is torched, a potent EXTREMELY sharp black pepper spice sounds the trumpet via the retrohale. For the record, my eyes didn’t start watering… but for a moment I thought they might. Oak and espresso are the dominating flavors on the draw here early on with a slight undercurrent of leather as well. Smoke production is insane. I can’t help myself here, after burning through the first two inches of the SakaKhan I’m reminded very much of my beloved Liga Privada No. 9 corona doble.

After the 2” mark, the rustic leather becomes more pronounced. The black pepper zing is still very much a presence that must be acknowledged but it has slightly dialed its strength down a notch. I’m reviewing this cigar at 10:30 in the morning and it’s making want a tall glass of bourbon so it’s going to be a long day. My previous review of Dunbarton’s The Bewitched made me crave a Vanilla Coke and a hot dog from Sonic… damn you Steve Saka, you’re either going to give me diabetes or cause me to get my sponsor on the phone. 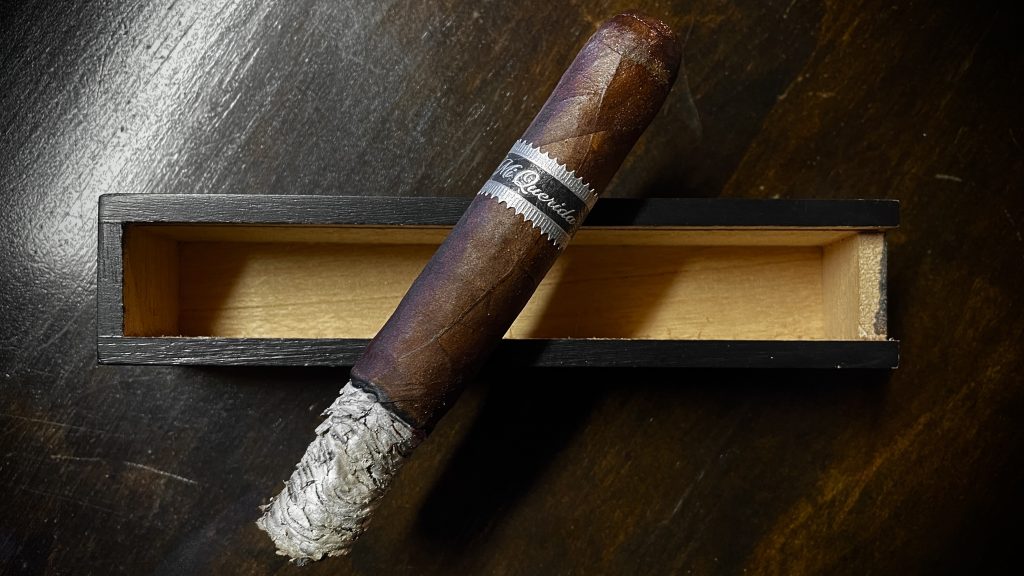 Right at the start of the second third, the beautiful white ash finally breaks free from the SakaKhan. Construction overall is superb with a smooth draw and a straight burn line. The black pepper is now accompanied by some Nicaraguan mineral which helps balance out the SakaKhan’s smoking profile, not that I ever considered it “out of balance” prior to now. The draw’s core flavors remain steadfast here although an unusual floral note has begun to develop underneath the oak, leather, and espresso. As I’m busy trying my best to decipher that floral element more, it transitions to a subtle orange zest flavor… these are complexities that I wasn’t anticipating as the cigar was fairly straight-forward up to this point. To describe the SakaKhan as full-bodied would be an understatement, I’m regretting that I didn’t eat a more substantial breakfast.

At the end of the middle portion of the SakaKhan, the pepper spice through the nose upticks back to a level of strength that almost exceeds the initial impact it delivered almost an hour ago. Holy shit! I had classified this segment of the cigar smoking experience as medium/strong but I’m forced now to change that description to straight up strong. The floral and orange zest impressions have now vanished just as quickly as they appeared, adios somewhat gentle and mild flavors. Maybe I should take a quick break and toast a bagel something… 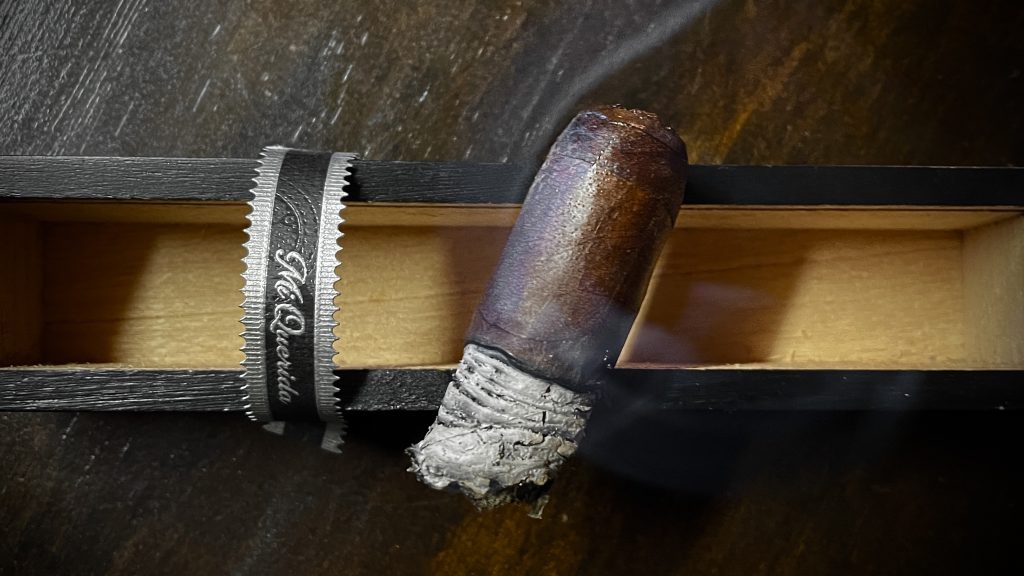 The espresso has now stepped in front of the oak and leather on the draw as the dominant flavor although those secondary notes are still highly present. The black pepper is clearly not going away and that’s just perfectly fine – the SakaKhan is officially kicking my big ass and that’s just A-OK by me. Construction remains stellar from start to finish, I couldn’t find something to complain about here even if I wanted to… 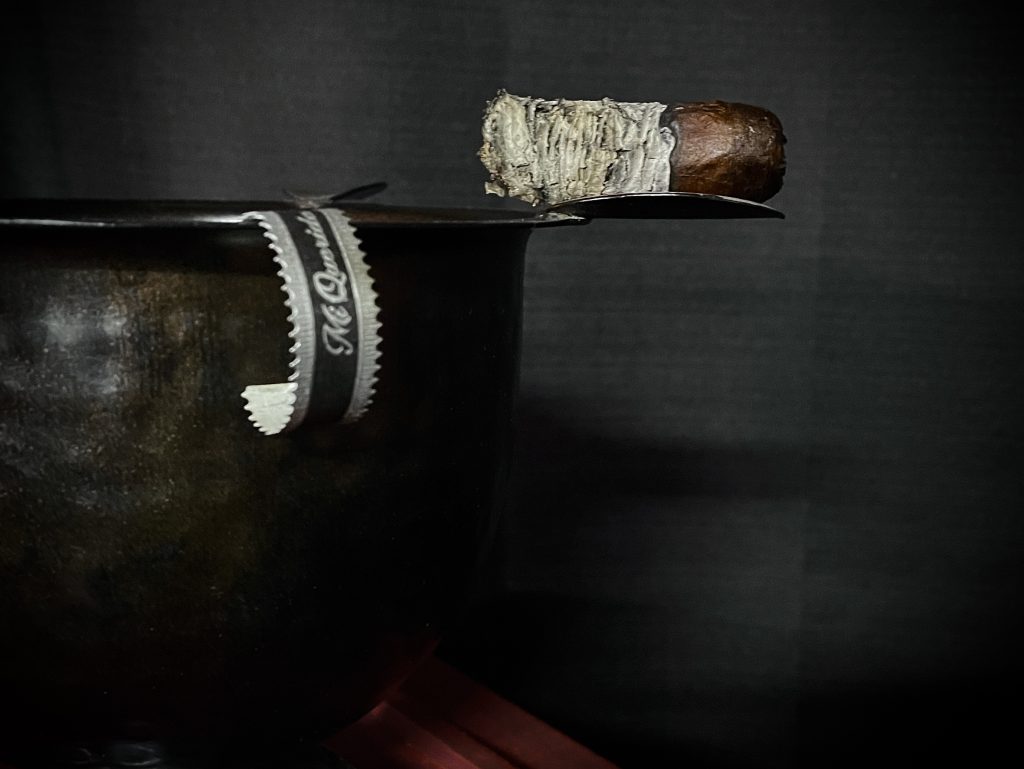 At over seven inches in length and a duration of just over two hours, the Mi Querida Black SakaKhan would make a killing as a performer in adult films. No no, I’m not envious of a cigar in that way… not at all… really, I swear! Seriously though, THIS is the Mi Querida that I’ve been waiting over 5 years for. Ballsy and powerful, yet complex, and featuring just enough slight transitions in both strength and dominating flavors to keep things highly interesting. So hit up the nearest breakfast buffet, ignore the judging stares and make a fourth trip to the waffle station for that matter, then go home, pour yourself a glass of bourbon, and prepare to have your nuts gloriously crushed by the highly impressive monster that is the SakaKhan. 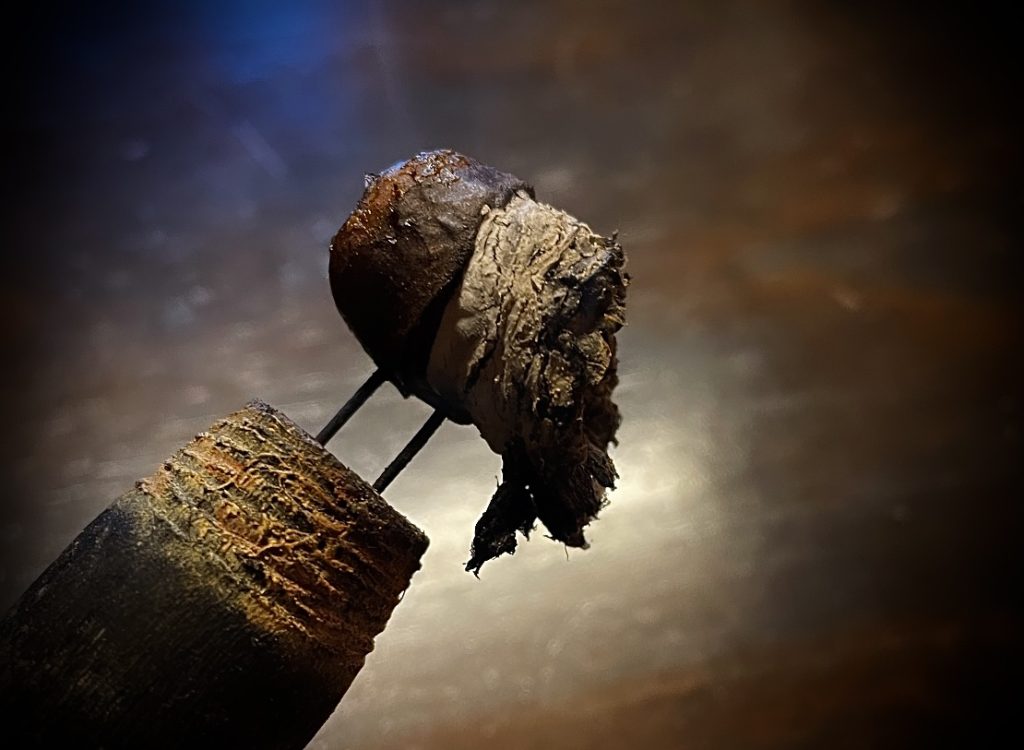 I really didn’t want to let this one go…