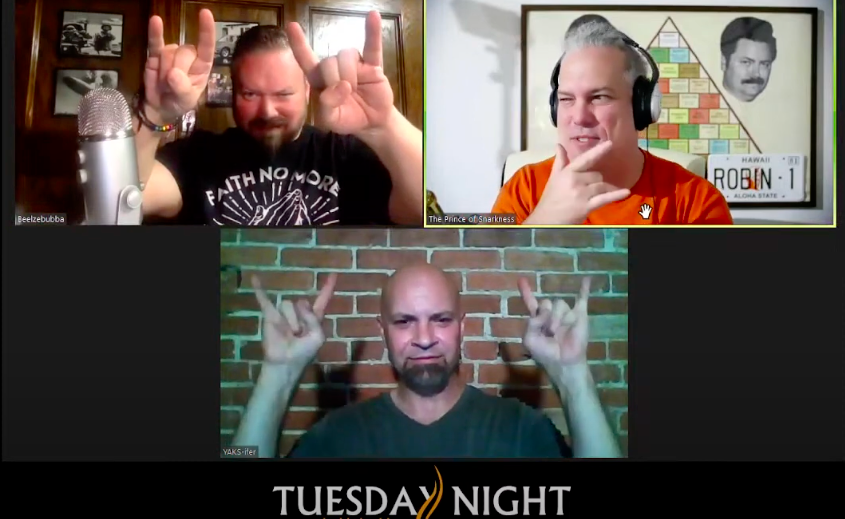 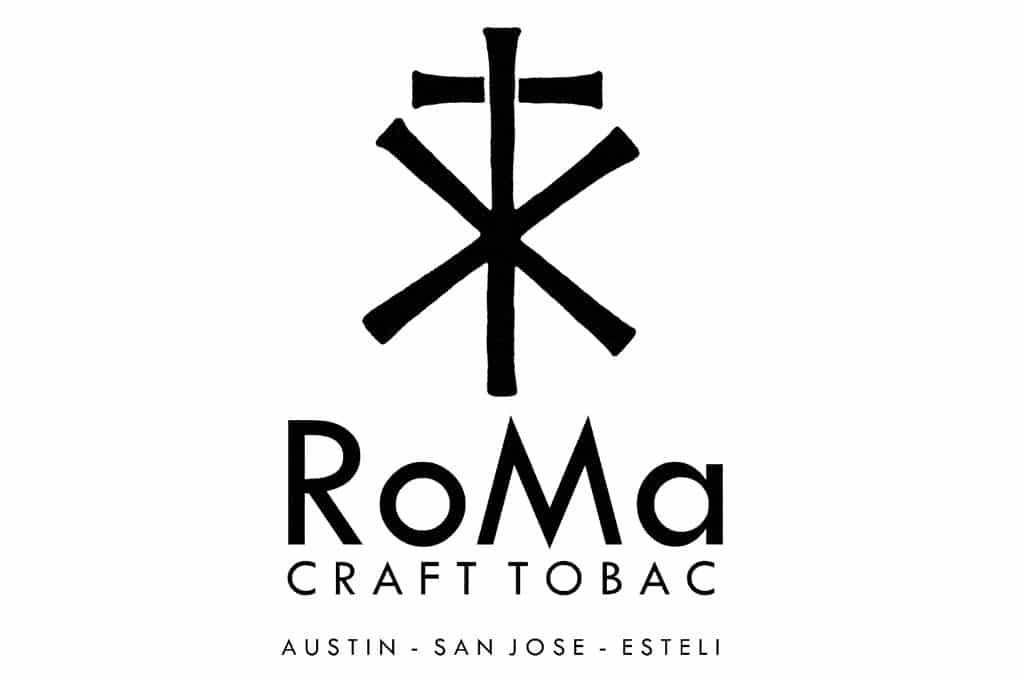 Size: 6 x 52 (toro)
Wrapper: Brazilian Mata Fina
Binder: Indonesia Besuki
Filler: Undisclosed
Price: $10.82 when converted to dollars over from euros (And please remember when purchasing some fine RoMa Craft or other premium cigars from FamousSmokeShop.com to use your new favorite promo code TNCC20 at checkout where it will knock $20 off your purchase of $100 or more) 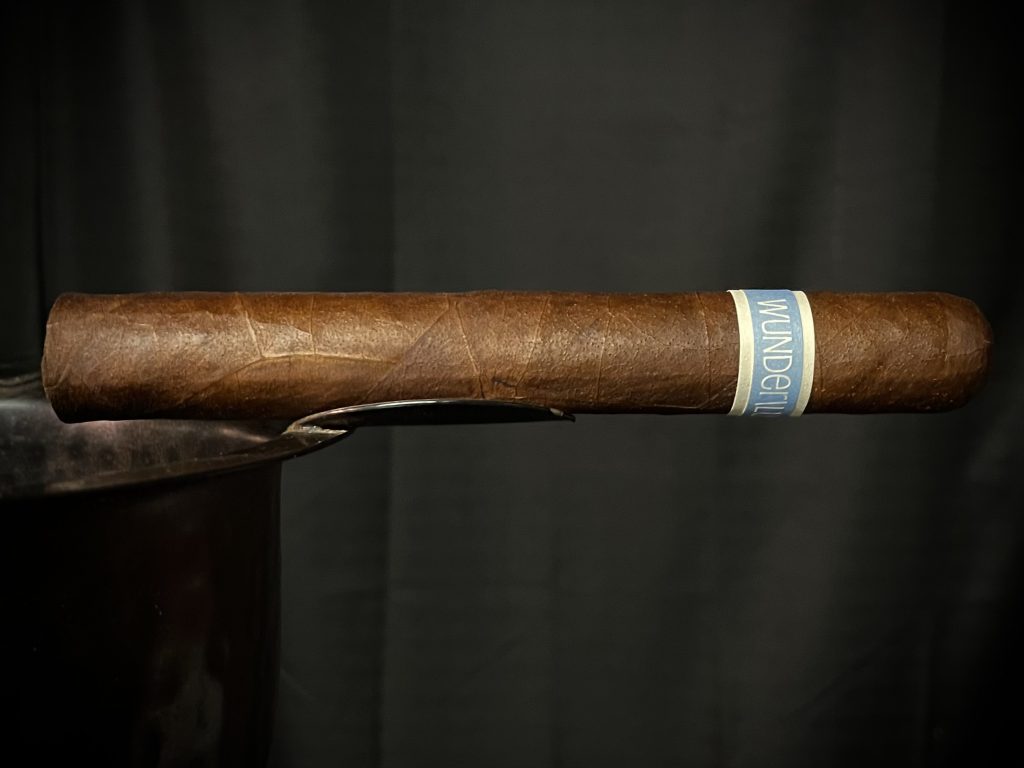 Brazilian mata fina is known for its medium strength and it typically has a smooth, rich flavor that’s tinged with some natural sweetness. When you factor in the Wunder|Lust’s binder is composed of traditionally mild Indonesia tobacco, I’m going to go ahead and guess that we’re not in store for one of our beloved RoMa Craft powerhouses tonight… and that’s not really a guess because I’ve smoked quite a few of these over the years. As the legend goes, when Mike Rosales and Skip Martin of RoMaCraft Tobac visited the Café Wunderbar in Bielefeld, Germany back in 2015 that’s where they came up with the name for this European-exclusive release. I purchased these toros online from a cigar shop in Germany well over a year ago, so they’ve got a nice amount of age on them at this point and should be well rested (unlike me) so let’s wake these suckers up and set these beautiful bastards on fire! 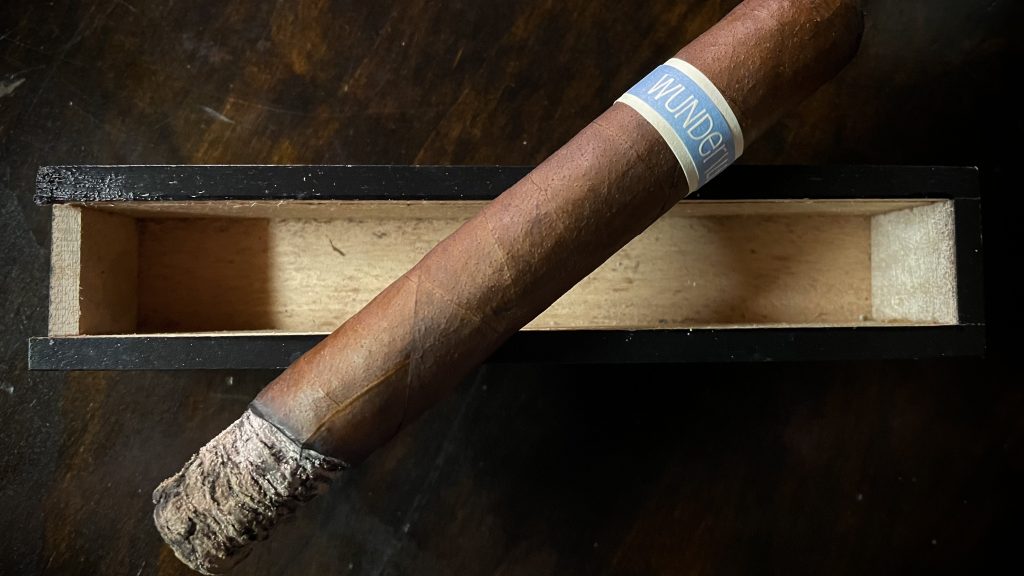 Man, the aroma straight off of this oily Brazilian wrapper is so clean and so damn smooth. It’s what I imagine Heaven smelling like with touches of earth and a rich chewy sweetness. And yes, dare we say it, there is a Red Man chewing tobacco like sweetness on the cold draw that’s undeniable. Tut got a hints of spice and a sweet tea note on that initial light, I’m sure the manufacturer will say that’s bullshit and that’s ok. But we all sensed it dammit. We also picked up on a nuttiness and a very distinct Nicaraguan mineral note early on, around the one inch mark, which reminded me so much of Nicaraguan Jalapa tobacco. But as the Wunder|Lust’s filler blend is a mystery it will have to remain as such… but I think I’m right. And Skip Martin will laugh at me for this, which is his right, but I picked up a pencil shavings note in the final third which only added to the highly enjoyable journey that is the Wunder|Lust. 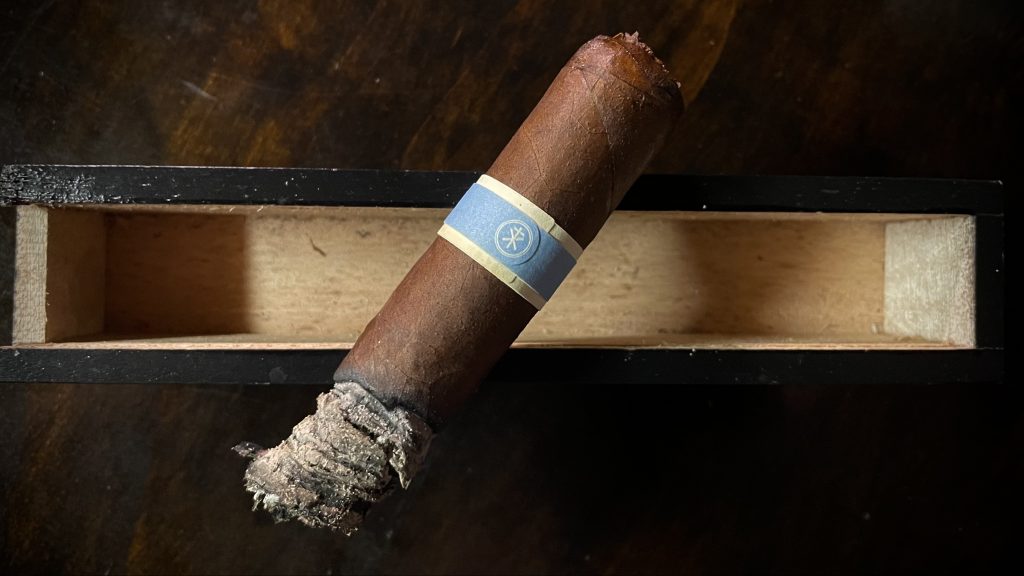 This is just an incredibly smooth cigar, we all agreed the Wunder|Lust has the smoothest smoking profile in the entire RoMa Craft catalog of smokes. When you combine the spice and mineral expertly blended together on the retrohale with that earthy component and nuttiness via the draw… the results are simply wonderful. I will always remain a diehard Neanderthal cigar fan, it’s one of my all-time favorite cigars in all of its vitolas, but I will never turn down the opportunity to smoke the Wunder|Lust. And you shouldn’t either. 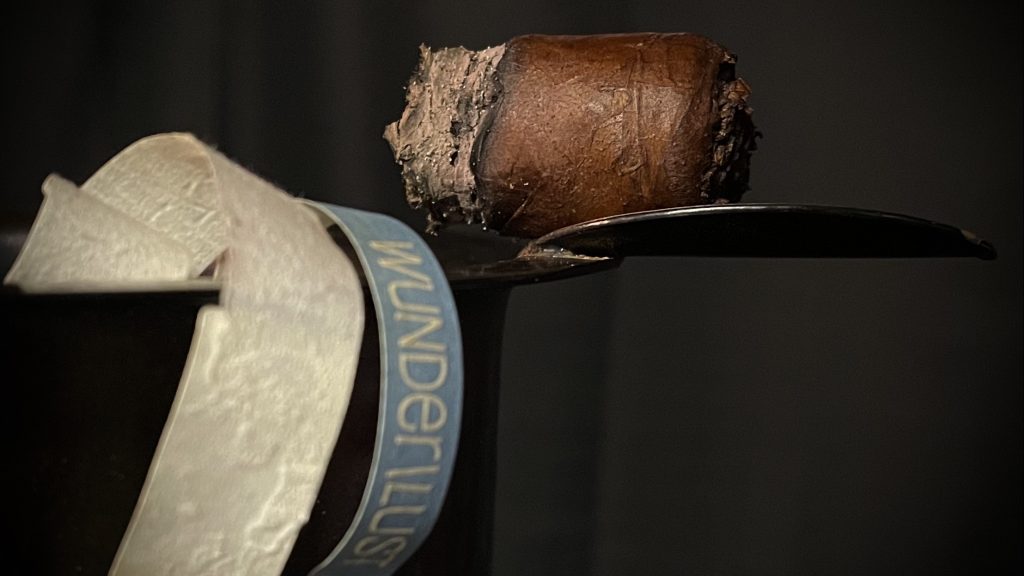 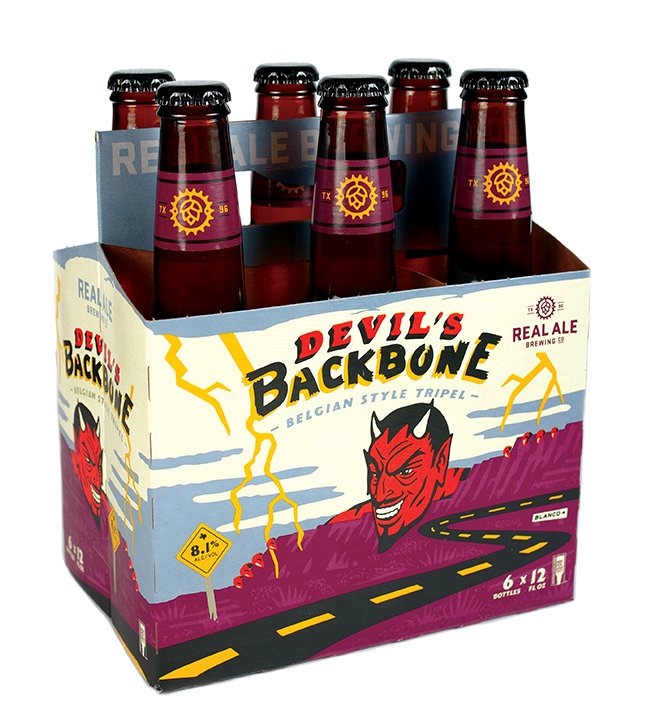 A beer well worth revisiting, this tripel was definitely worth going back to!. A slightly malt heavy pour lends itself to a plum and dark fruit centric swallow which then somehow smooth itself out remarkably quickly… it’s delicious. And it reminded me of our beloved Don De Dieu which is certainly high praise. AND it brought a plethora of flavors to tonight’s cigar, especially the way that it enhances the cigar’s natural sweetness so as a pairing beer I had zero complaints with the Devil’s Backbone whatsoever. 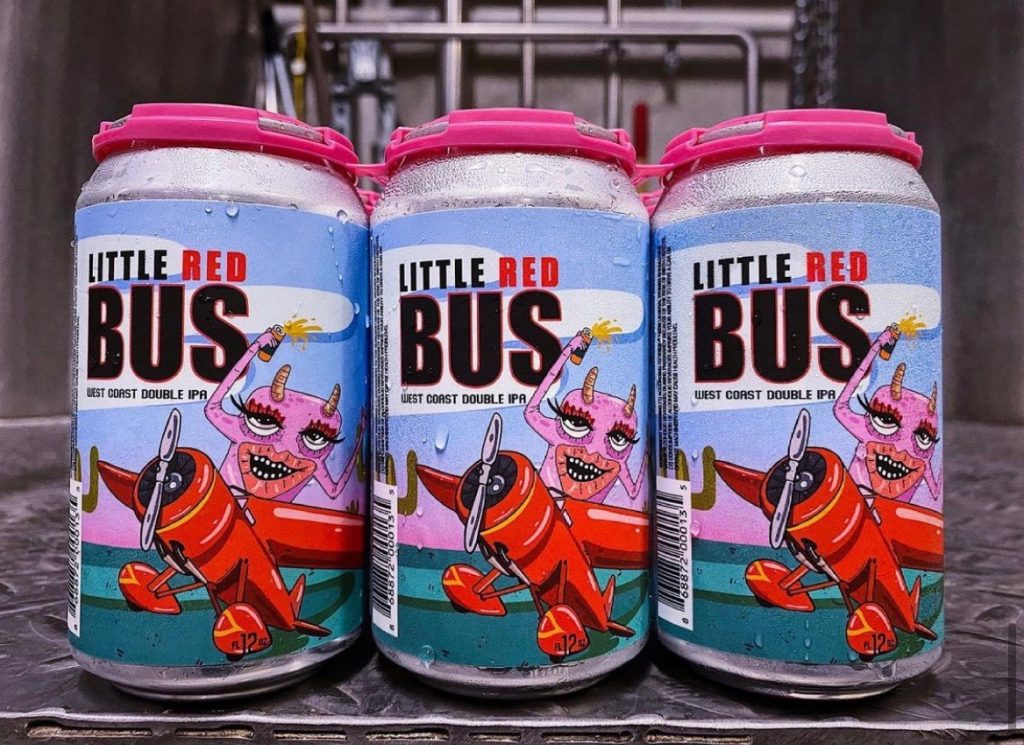 So what’s the deal with this “West Coast” malt forward 8.5% Imperial IPA (from one of my favorite breweries in Austin, TX)? The IBUS aren’t listed but in my expert opinion they’re in the high 40s or 50 tops which is odd for an Imperial IPA, however it does feature a little pink demon on the can which pairs well with tonight’s flick for sure. The Little Red Bus wasn’t chosen for it’s accurate marketing, but rather for its mission to support a cause which we can all get behind which is the Pink Boots Society an organization that helps promote and educate female workers in the brewing industry. So my daughter selected this beer for the cute pink demon and it sends a few dollars to a solid cause, how could I not drink it? I’m not claiming to be a hero here, folks, that’s for y’all to decide. But I am a hero.
CADE’S COLLECTIVE PAIRING GRADE = A+ 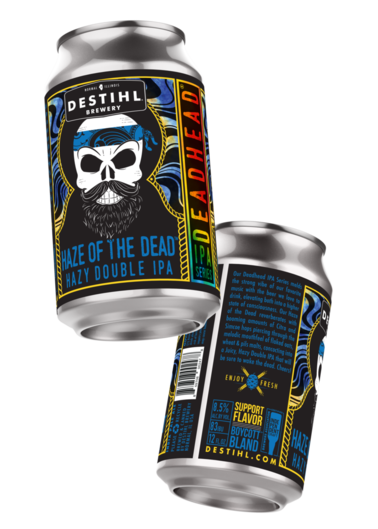 YAK BOY’S BEER — HAZE OF THE DEAD by DESTIHL BREWERY

Dead Heads are kind of “a cult” so I’ll give Yaks that but you could probably just go to this episode to get what my thoughts were back then on this hazy double IPA. Big time fail tonight from our lil’ copycat Yak Boy, a rare miss for him and we can hopefully pray that he does better next time…
YAK BOY’S PAIRING GRADE = D- 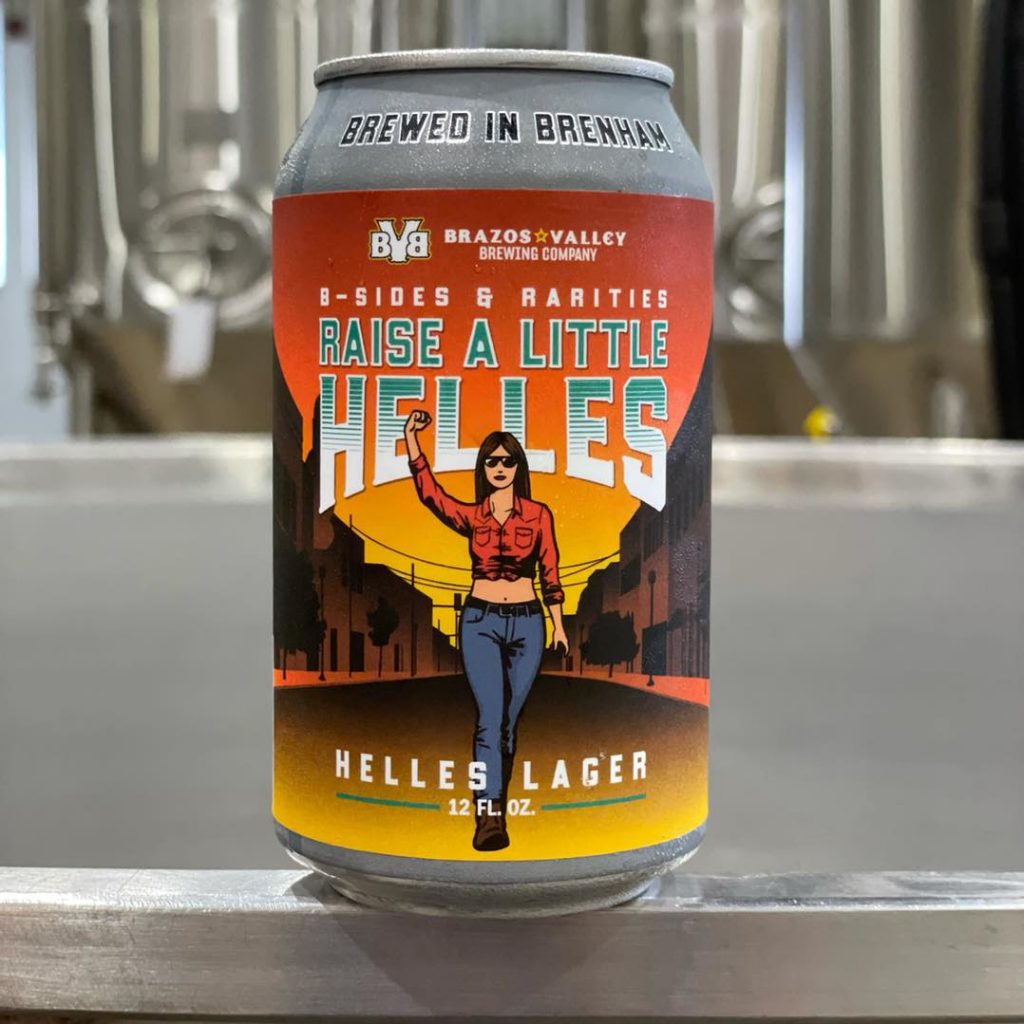 This Munich style light beer clocks in at a pussy 5.2 % and only 14 IBUS, but Tut picked it for its Hellish pairing point and I have to give him some props for that. While it was just okay as far as flavors go, it did not interfere with tonight’s cigar at all so that’s a plus.
TUT’S PAIRING GRADE = B- 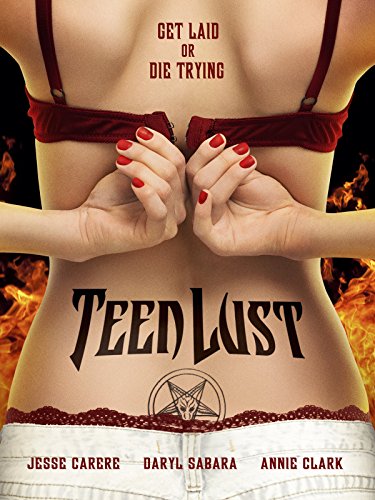 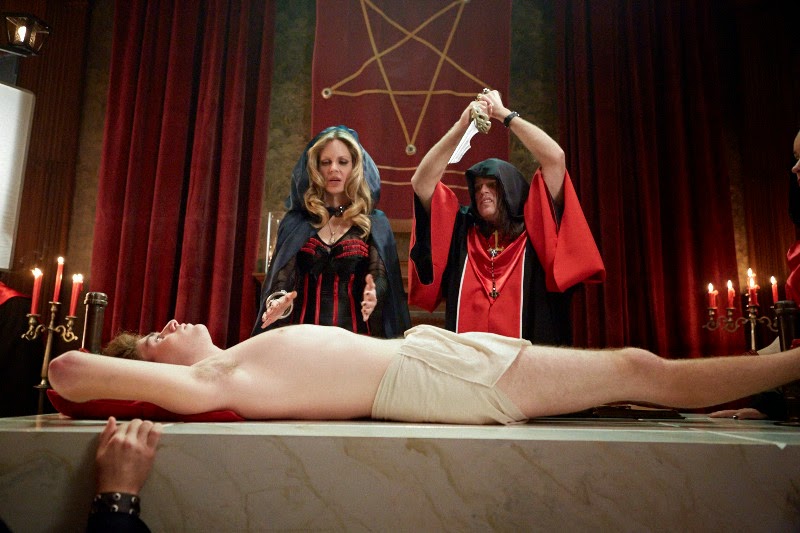 And succeed it does! We all loved Teen Lust, yes that just felt really weird typing that, despite it’s occasional tonal failings the end result is a fast-paced, highly entertaining movie. It’s like an American Pie film with satanists, which makes it better than any actual American Pie film. So CLICK THE LINKS BELOW and join the conversation! 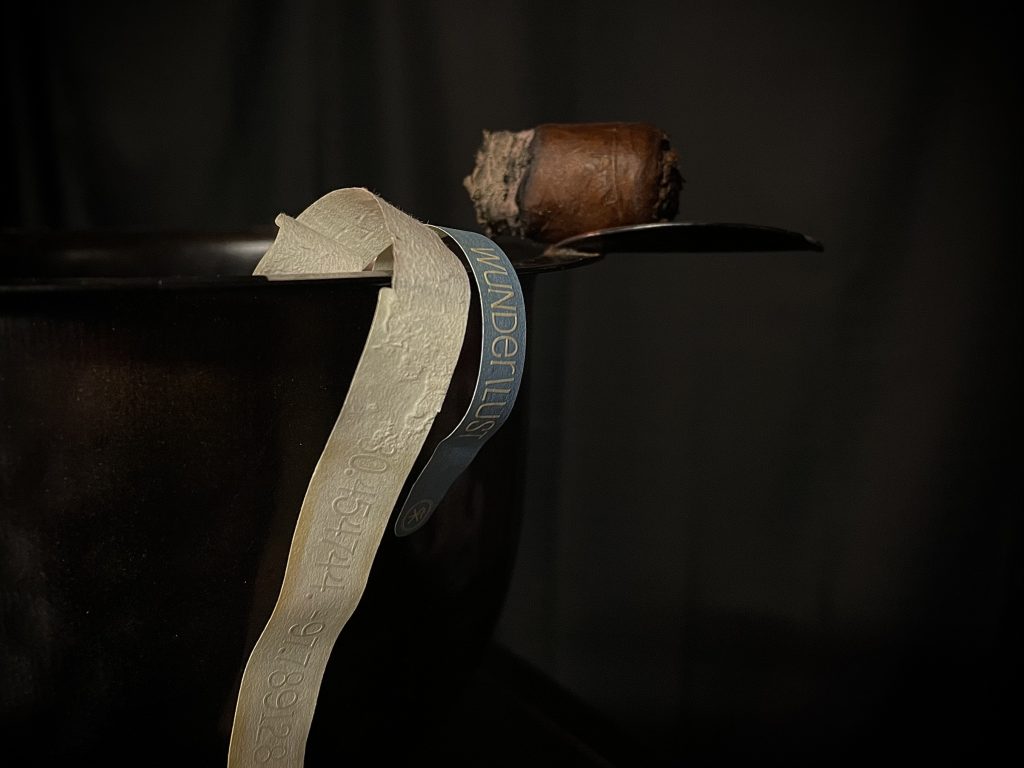 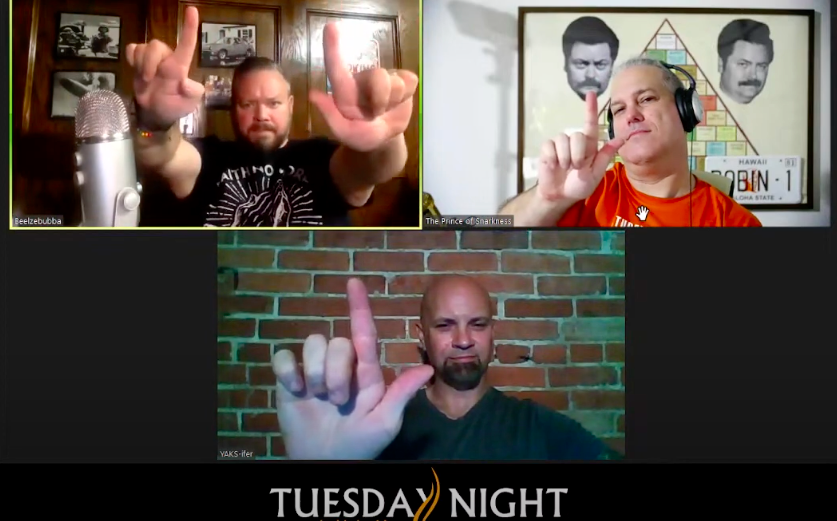