If you are intrigued by the real-life presence that is Robert Bronzi – and I am not sure why you wouldn’t be – and you also enjoy gratuitous horror movie carnage, then I would say Cry Havoc is in thine wheelhouse. 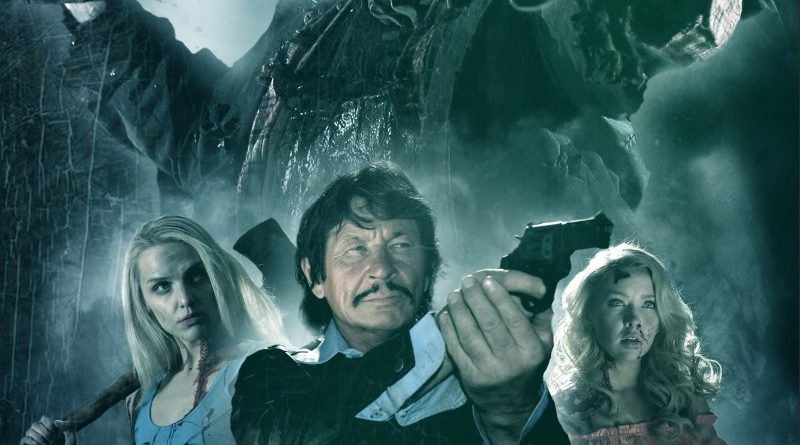 As a man who spends many a lonesome hour in his laboratory while conducting experiments and watching movies, the recent advice to “self-quarantine” and remain indoors like a mole was not as bothersome for The Doctor as it might have been for others. In addition to my admitted proclivity for seclusion, I always know how to stock up on the proper supplies. On a recent excursion to the local grocery store, while my fellow Americans hoarded food and soap and other comestibles to placate their respective neuroses, I went into the beer and wine aisle. 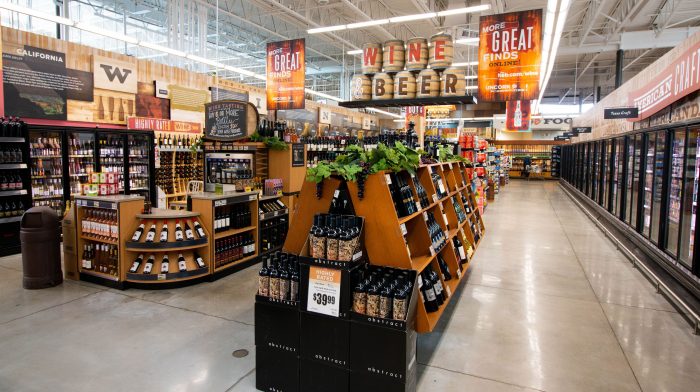 As the Tuesday Night Cigar Club has pointed out on occasions too numerous to recall, the world is awash in a multitude of tasty IPAs. I was able to take the time required to study the options and make my selections, all the while remaining unmolested by those in search of hand sanitizer. All I needed was entertainment and I would lack for nothing. Thank goodness we have Tuesday Night Cigar Club president Matthew Cade around to alleviate the doldrums. Through Cade’s professional relationships, writer/director Rene Perez allowed us to view an advanced screener of his latest film, Cry Havoc, starring the one and only Robert Bronzi. Who gives a crap if I am locked indoors when such opportunities abound? 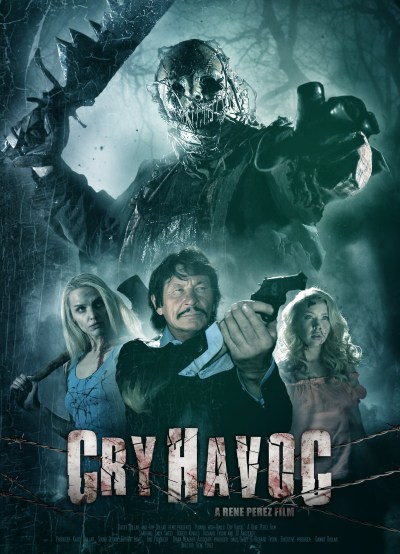 An attractive lady lies battered and in chains as the embers of a dying forest fire dance on the wind. Who is she, where is she and what the hell has transpired here? We are then introduced to Havoc himself, a large, lumbering man-beast cut straight from the Jason/Leatherface cloth. Havoc is apparently under the dominion of a shady character known as The Voyeur (Richard Tyson of Kindergarten Cop and a great many other things) who keeps him controlled with the confines of a large, outdoor “perimeter.” Unsuspecting women are brought to this de facto game preserve and hunted down by Havoc at his owner’s amusement while serving as tripe for home movies of violent carnage. It is a great location of towering, mostly naked trees and rolling terrain that captures the sense of isolation that is required for a horror movie of this nature. 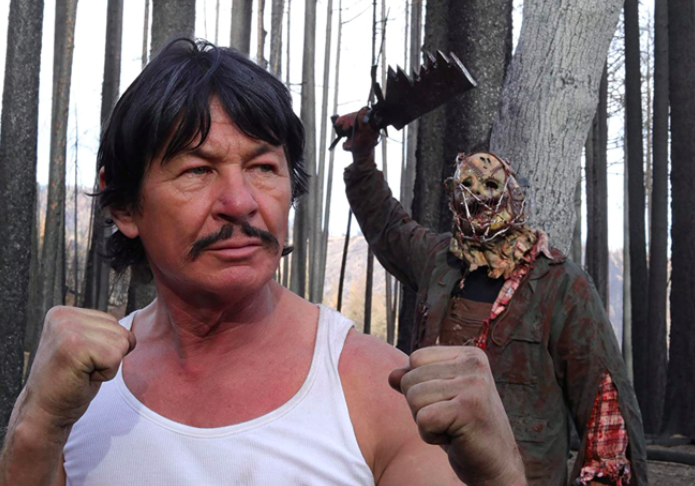 Enter Robert Bronzi! Who is Robert Bronzi, you might ask? A Hungarian actor and stuntman with the given name of Robert Kovacs, Bronzi is the spitting image of Charles Bronson during the latter’s 1970’s heyday. This is not hyperbole. It’s almost fucking eerie. The face, the hair, the build, the gait… Bronzi appears to be nothing other than Charles Bronson reincarnated. His voice is dubbed, but at least that work was done by someone performing a reasonable facsimile of Bronson’s famous voice. After all, we cannot have everything. 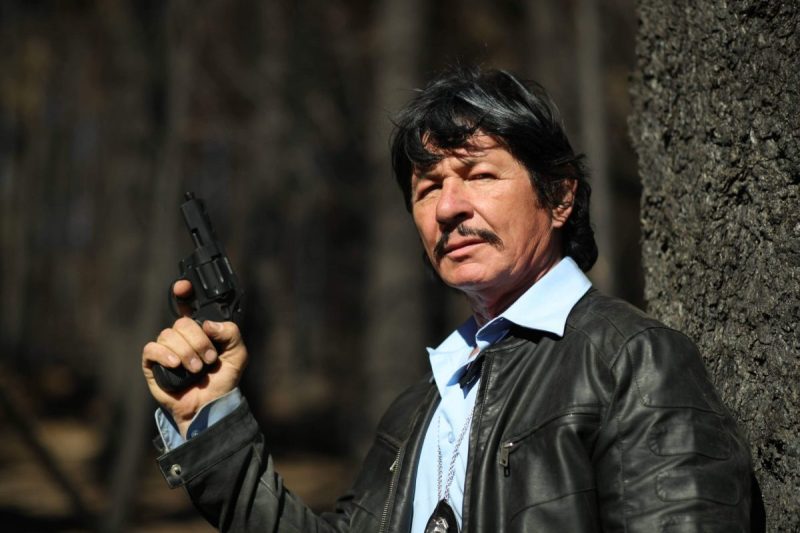 No, that is not the ghost of Charles Bronson. It is the real-life Robert Bronzi.

Bronzi is looking for someone, and his investigation has led him to a one-horse town on the outskirts of The Voyeur’s property. Unfortunately, an interesting premise that has thus far been well executed is somewhat bogged down by an interview between The Voyeur and an ambitious young reporter – another attractive young woman – who has been brought under blindfold to this location for an illicit conversation. This just goes on a touch too long for my tastes, whatever they are worth. Still, it is an extremely enticing visual scene, well-lit and edited, and Tyson delivers a captivating performance. 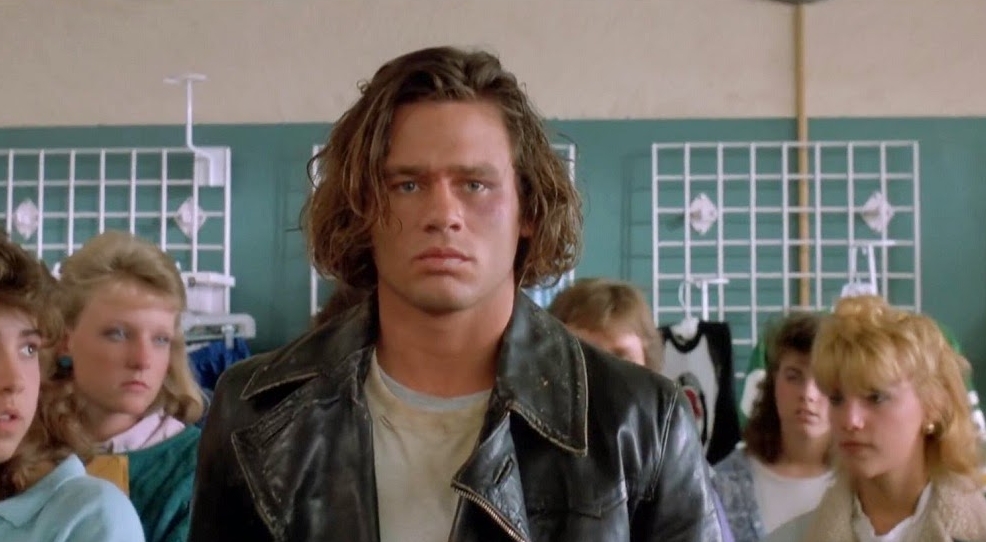 Richard Tyson as big bad bully “Buddy Revell” in one of his most memorable performances in the film “Three O’Clock High”.

The tension factor stays mostly ratcheted up throughout the remainder of the proceedings, and the handmade gore effects are always appreciated. Oliver Muller and his special effects deserve a shout out for his work here, even if it threatens to go over the top at times. 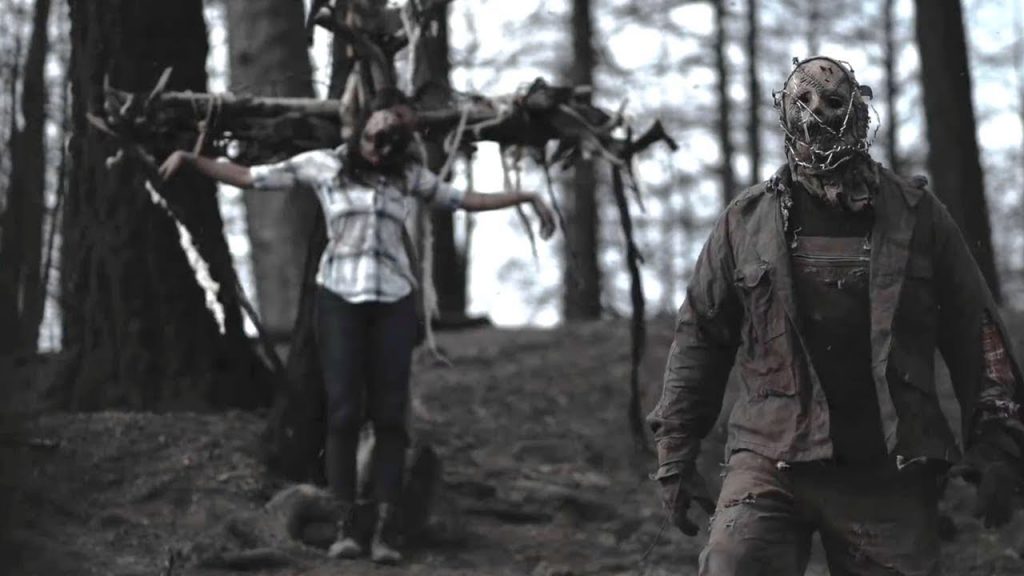 I am not sure how else to best qualify Cry Havoc. My only complaint would be that the movie needs more Bronzi, not less. The film itself looks great, with the action sequences brilliantly staged and shot. If you are intrigued by the real-life presence that is Robert Bronzi – and I am not sure why you wouldn’t be – and you also enjoy gratuitous horror movie carnage, then I would say Cry Havoc is in thine wheelhouse. I’ll certainly be looking for whatever Rene Perez and Mr. Bronzi do next. As always, dear friends, The Doctor wishes you all a clean bill of health.