Eons ago, The Doctor came to the realization that books and movies are two entirely different entertainment mediums and should be judged accordingly. More to the point, books should be judged against other books and movies should be judged against other movies; crossing the streams is an unfair exercise. Shortly after coming to this realization, I then subsequently realized the impossibility of my ever adhering to such an edict. I thoroughly enjoyed Ernest Cline’s bestselling novel Ready Player One, and when one likes a book, it is almost impossible to not be somewhat let down by the cinematic adaptation. It’s a paradox of a conundrum of a pickle. 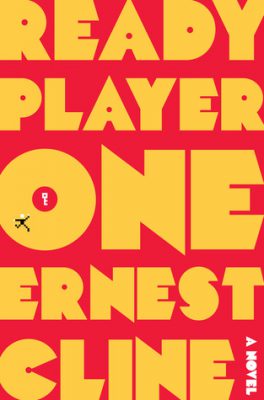 Still, my twisted synapses actually enjoy ruminating on such matters, so two days after completing the novel I found my way to the local cinema to see Steven Spielberg’s Ready Player One.

Our setting is that of one of the most favorite of TNCC settings: the bleak, dystopian future. The year is 2045, in fact, and most of humanity spends their time in the Oasis, a giant virtual reality world/video game created by genius savant James Halliday (Mark Rylance, recently of Dunkirk). In the Oasis, users create avatars which can be literally anything they want them to be, from Barbie to Batman. They then use their avatars to engage in whatever behavior they feel inclined to engage in while earning points and virtual currency along the way. Halliday has died, without spouse or heirs, and had decided prior to his death to create an elaborate contest to take place within the confines of the Oasis: three different keys have been hidden that unlock three different gates, and the person who finds the keys and opens the gates will be given Halliday’s “Easter Egg” and inherit all of his money and property including control of the Oasis. Such a task certainly will not be easy; to locate the keys one must solve riddles with clues hidden within pop culture of generations past and also within the details of Halliday’s own life. Everything just described is covered in WAY more detail in Cline’s novel, which is to be expected. Even at a robust 140 minutes, there is no way the film can hope to encapsulate the detail found within the novel’s almost 600 pages. Unfortunately, I cannot be sure how much my enjoyment and understanding of the film’s events was dependent upon my just having completed the book; the actual keys and what they represent – as well as so many other things – seem fairly glossed over in the film. I couldn’t help but think, at various points in the film’s narrative, that viewers who weren’t possessed of the knowledge that comes from a recent reading of the book might be a touched confused. Or perhaps that is just me. I’ll try to refrain – and certainly fail – to refer further to the differences between the book and the movie of Ready Player One, suffice it to say that the high concept of Cline’s creation might occasionally be missed in the narrative structure of the movie.

Wade Watts (Tye Sheridan) is our protagonist, an 18-year old boy who lives in the trailer park “stacks” with an aunt and her abusive boyfriend, although he spends most of his time in a hideout that he has constructed in a junkheap of abandoned cars. This hideout is Wade’s refuge where he logs into the Oasis as his avatar, Parzival. As Parzival, Wade becomes the first egg hunter (or “gunter” to locate the initial key) providing him all at once with money, notoriety, and celebrity.

Tye Sheridan as Wade Watts in “Ready Player One”

I enjoyed the video game aspect of the Oasis. I grew up playing video games, and in fact TNCC chairman Matthew Cade and The Doctor regularly had epic battles of Bill Walsh College Football and Super Tennis on the Super Nintendo console. One particularly memorable marathon occurred on a December day of leaden skies during our undergrad years, an event fueled by Big Gulp sodas from 7-11 that had been enhanced with liberal doses of Bacardi 151 rum… In truth, this is not a recommended practice. While it does make one feel temporarily invincible, this method will immeasurably alter both the pace and the outcome of whatever game you are playing. 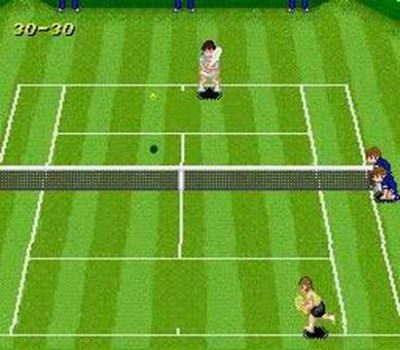 The visual and special effects of the Oasis, however, will remind no one of Frogger. This is virtual reality at its finest, and while Ready Player One is certainly fascinating to look at, I am afraid that it borders at times on loud spectacle. However, that loud spectacle is entertaining, and while I have never paid to see a Transformers movie, I am not a hipster who looks down on those who do. Most of the time, anyway.

All is not roses for Parzival, however. The fatcats running the soulless uber-corporation IOI, led by Nolan Sorrento (Ben Mendohlson, looking the part) want to get the Easter Egg themselves and gain control of the Oasis so that they can start selling ad space and charging fees. They will stop at nothing, including mass murder… those heartless, bureaucratic, capitalist, sons-of-bitches! Message received. Parzival will need help from his friends, including the pixie female avatar of Artemis (the cute and vibrant Olivia Cooke.) 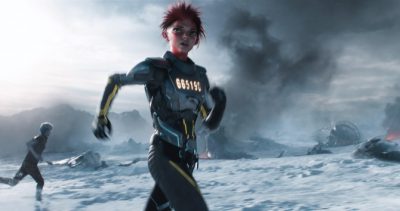 Even while deviating from the book’s content in many ways, Ready Player One the movie is no less creative, especially in one thrilling sequence where Parzival and his fellow avatars become immersed, however briefly, in a few scenes from Stanley Kubrick’s The Shining. These shout-outs to pop culture are a central theme in Ready Player One, although you need to keep your eyes peeled as some of them come and go almost instantly. I would swear I saw Robocop, but it happened so fast in real time that I cannot be sure. 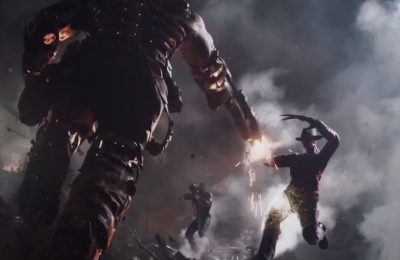 Is that Freddy Krueger fighting robots in the Oasis? Keep your nose to the ground and pay attention while watching Ready Player One. You’ll need to be sober. Dammit

Ready Player One also touches on the theme of the inherent dangers involved with living one’s life online. When Parzival informs Artemis of his feelings for her – I can’t help it, this is a scene delivered much more poignantly and painfully in the novel – she reminds him that they have never actually met, and that with her avatar he only sees what she wants him to see and knows what she wants him to know. This is true, and in my opinion a worthwhile lesson for people who spend too much time engaged in gaming or other online fantasies.

Ready Player One is an enjoyable movie, and it is nothing if not a “cinematic” experience. Something may get lost if you fail to see it in the theater, although with today’s high-definition, flat screen TVs the home viewing experience might be just as good. I saw it in an XD theater and almost went deaf, which is decidedly not a selling point. And despite all of my kvetching, I cannot be sure if a recent reading of the novel serves as either a help or a hindrance when viewing the film. Check your cynicism at the door and check out Ready Player One. This is a popcorn picture and that doesn’t have to be a negative. As always, The Doctor wishes you all a clean bill of health. 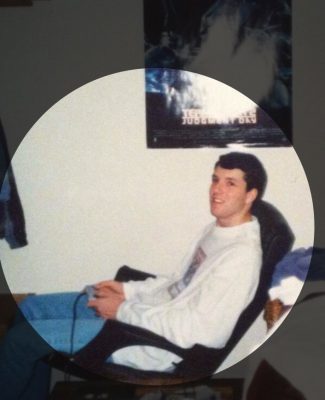 Editor’s Addition: I just couldn’t let this article go to press without including a pic of a young teenage Doctor playing SNES Tennis in my old bedroom. Look at the hope and soon-to-be-lost innocence in his eyes… and, yes, I still have the Terminator 2 poster.